Hybridization dynamics on the genomic level 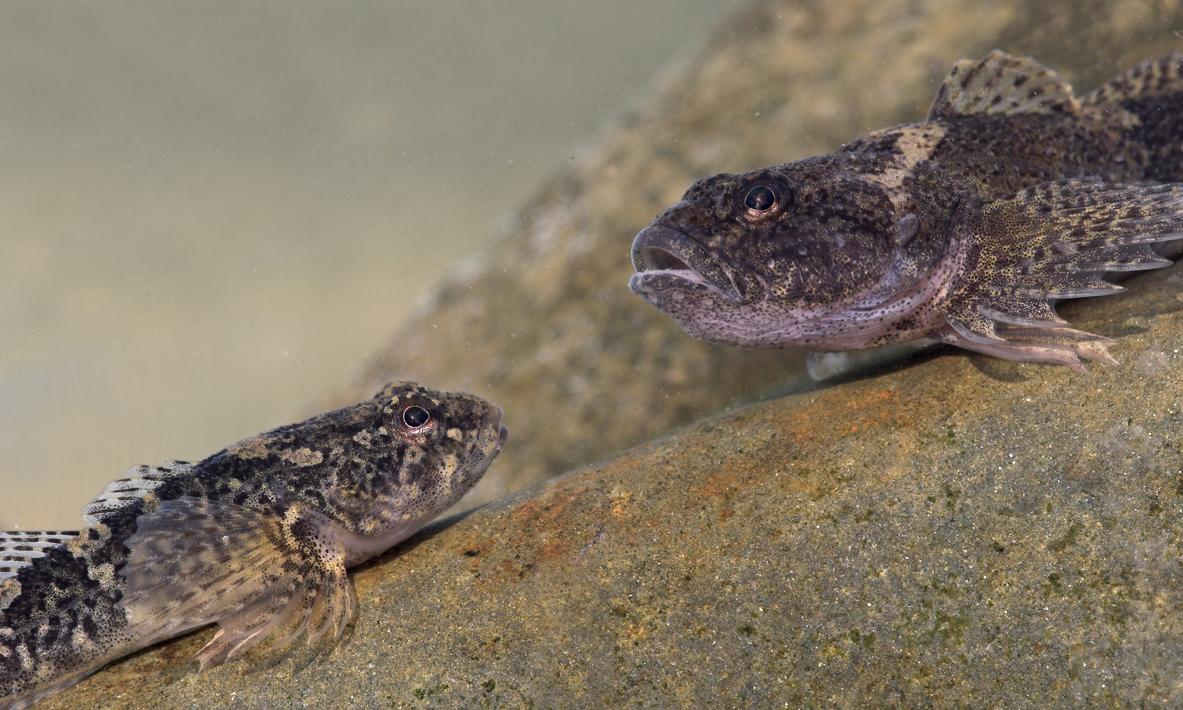 Hybrids of two Cottus species (C. rhenanus & C. parafretum) have only been relatively recently been formed, as the natural rivers in which these species occur (the Rhine and Scheldt river) were connected through canals about 200 years ago. Not only is this hybridization very recent, it turns out that the hybrids produced are actually fit, and are invading novel habitats previously uncovered by Cottus (such as the IJsselmeer and the Maas). When we look at the genomic level at these hybrids, we observe that the genome of the hybrids consists of a healthy mix of both parent species, although some alleles are more leaning towards one parent than the other. In this project we aim to identify to which extent selection acts upon certain genes, or whether variation in allelic frequencies are the result of drift.

The interaction between admixture, ancestry and recombination 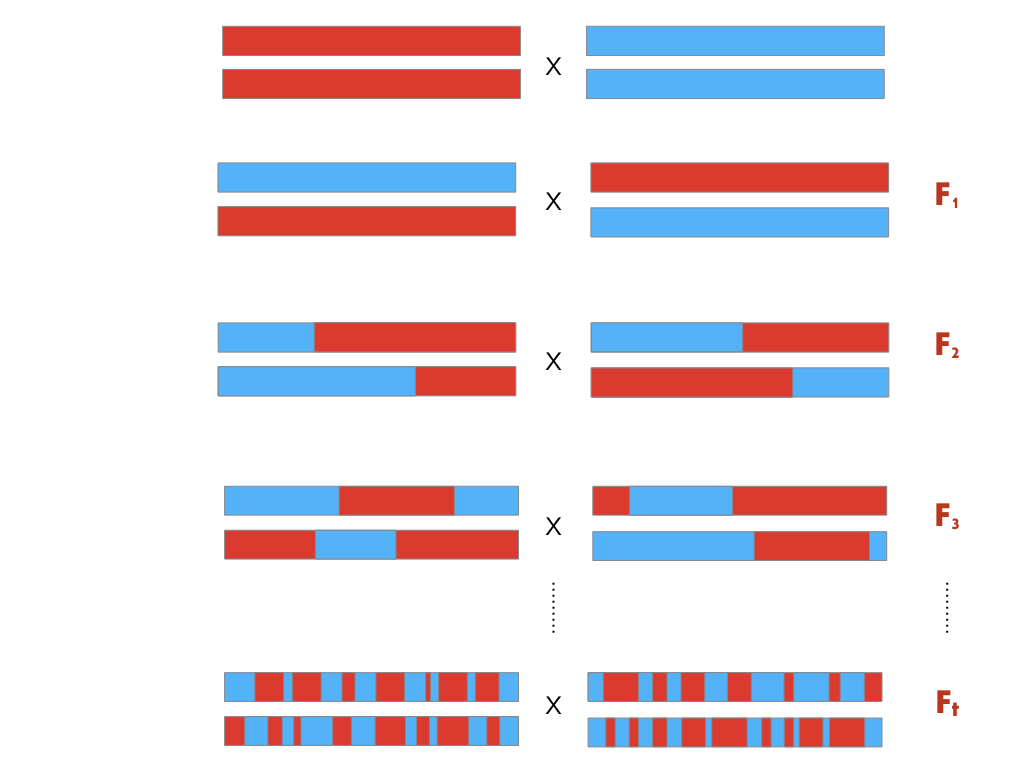 After hybridization, recombination breaks down contiguous blocks of ancestry. Given a recombination landscape, how many of such blocks do we expect? And how do these findings depend on population size dynamics, and on the number of parents initially available in the hybrid swarm? Using mathematical and simulation techniques I aim to answer these questions with the aim to help to infer the onset of admixture from observed patterns of contiguous ancestry.

How can we reconstruct the evolutionary history of species? Typically we do this by using the differences in genetic make-up of different species, and convert these differences into the amount of time spent separated (e.g. the time to the most recent common ancestor). Now that we have some kind of distance measure (in time)  between species, we can use this distance matrix to construct a phylogenetic tree, and visualise the relationships between these species. Interestingly, the resulting phylogenetic tree can then subsequently be used to infer past speciation, and extinction, rates. In order to do so we can construct a simple model that describes how branches of a tree give rise to other branches, or die out (e.g. a birth-death model). For such models it is easy to formulate the full likelihood, and subsequently we can estimate birth and death rates from a given phylogeny. This does put an upper limit on the complexity of the birth-death model that is applied, as more complex models become analytically untractable. We might however want to implement birth rates that depend on geographical changes, on local diversity or on the age of the species. To circumvent this I apply Approximate Bayesian Computation Techniques to apply more complex models to given phylogenies.